Rome for free, what to do without spending a thing

[vc_row][vc_column][vc_column_text]Visiting Rome on a budget? Don’t worry! Everything is possible in Rome. You will spend unforgettable days without having to pay for anything. Here is a small handbook of the most suggestive places to visit in Rome for free.

Whether you are a tourist or a curious local, to make the most of your time in Rome, read this article to find some of the places that can be visited for free.

Have Rome at your Feet: Panoramic Terraces

Would you like to have Rome at your feet, even if only for a few hours? Well, then you cannot miss one of these panoramic terraces.

Located behind Rione Trastevere, the Gianicolo terrace offers a  breathtaking view of  the entire city, thanks to its strategic position above the river Tiber.  If you reach this terrace around  12 p.m. , you will watch the famous cannon shot, that every day at 12 p.m. echos throughout the city. This tradition was introduced by Pope Pius IX in 1846, in order to ensure that all the bells of the churches in Rome were synchronized. Near this panoramic terrace you can also admire the Fontana dell’Acqua Paola, known to Romans (and not only!) as “Er Fontanone” (“The big fountain”).

On the opposite side of the Janiculum hill, is the Aventine hill with its splendid Orange Garden, the most romantic place where you will enjoy one of the most beautiful sunsets in Rome. This garden is located inside the Savello Park, in the church of Santa Sabina all’Aventino. From this panoramic terrace you will have a privileged view of the Tiber Island, the Forum Boarium,  the Jewish Ghetto, the  Janiculum hill and the imposing outline of the dome of St. Peter’s Basilica.

Moving further to the center of Rome, you cannot miss the panorama from the Pincio terrace, located inside Villa Borghese, from which you will have a splendid view of Piazza del Popolo. The area of the Pincio was a green area already in Roman times, and the first terraced gardens were the Horti of Locullo. The Pincio can be accessed through Villa Borghese, going up the steps from Piazza del Popolo, or from Viale di Villa Medici that connects it to the Church of the Santissima Trinità dei Monti. In this regard, the panoramic terrace of Trinità dei Monti also deserves a mention; from there you will get a global view of via dei Condotti and the surrounding streets.

Lastly, you cannot miss the Campidoglio terrace, behind the homonymous square, from which you will enjoy a privileged view of all the Imperial Forums          .

Rome and its Fountains

Rome is the city where churches can be found on every corner, but some of its best free attractions are also its fountains. Whether monumental or not, fountains in Rome are all over the place. Here is a selection of some of the most suggestive fountains you can admire walking through the streets of the Capital.

The most famous of all is certainly the Trevi Fountain: designed by the architect Nicola Salvi in the 1700s, and located in the heart of the Trevi Rione (district), it is one of the greatest examples of fusion between sculpture and architecture in Rome. The Trevi fountain is considered, along with the Colosseum, one of the symbols of this city, and was also celebrated by numerous directors, such as Federico Fellini in “La dolce vita”. One of the best known customs linked to the Trevi fountain is to throw a  coin into the fountain, with your back to the fountain and eyes closed, in order to ensure your return to Rome. They think that this tradition could be linked to the ancient gesture of throwing offerings or small gifts into sacred springs to gain favour with local divinities.

Among “famous fountains” is certainly the Fountain of the Four Rivers in Piazza Navona. It is located in the center of the square and was built by Bernini. This fountain is surrounded by numerous legends, the most famous being the rivalry between Bernini and Borromini. Another story, perhaps less known, concerns the day of its inauguration. After uncovering the fountain, they realized that there was not even one drop of water, and, in order not to humiliate Bernini, no one, including the Pope, said anything. Only when the parade was leaving, Bernini requested to turn on the water system, and then the water gushed out leaving the crowd astonished.

Again by clever Bernini is the Fontana della Barcaccia in Piazza di Spagna. A small boat in the center of the square from which the Virgin water flows. Even today many tourists and locals stop here to quench their thirst.

Exploring the streets of Rome, going towards Trastevere, you cannot miss passing   by the suggestive Ghetto of Rome, and wandering about its alleys, finally reaching Piazza Mattei where you will find the Fontana delle Tartarughe (Fountain of the Turtles). Legend has it that Duke Mattei, owner of the building overlooking the square, in order to impress his future father-in-law, who had denied him permission to marry his daughter, would have had the fountain built in just one night. The following day, the duke asked his promised bride and her father to look out the window and admire his work; then, he had the window walled up – as it is still today – so that no one else could enjoy that same view ever again.

Rome, its Churches and Artists

Rome is certainly the city of churches, but it is also the city of artists. Artists like Michelangelo, Raphael, Caravaggio and many others, who have created some of the most important masterpieces of the Italian art history.

Speaking of churches, special attention should be paid to St. Peter’s Basilica in the Vatican, which houses    Michelangelo’s Pietà. This innovative work, considering the softer rendering of the bodies of Christ and the Virgin Mary compared to the previous tradition, is one of the most important masterpieces of Renaissance sculpture.

Another outstanding work by Michelangelo is the Moses, in the Church of San Pietro in Vincoli, behind the Colosseum. The statue is in the center of Pope Julius II’s memorial and, legend has it that, while Michelangelo was completing his sculpture, he turned to the statue and said: “Why don’t you speak?” as to emphasise its extreme realism.

Another artist who has worked in Rome for a long time, and in particular in its churches, is certainly Caravaggio, whose works can be found in many places. One of the most suggestive places where you can admire his works is the Church of San Luigi de’ Francesi, behind Piazza Navona. The “ Cycle of St.Matthew” in the Contarelli Chapel is kept in this church. It consists of three canvases that narrate three episodes from the life of the saint: “The Vocation”, “The Martyrdom” and “St. Matthew and the Angel”.

Inside the Church of Santa Maria del Popolo, again by Caravaggio, you can admire “The Crucifixion of St. Peter” and “The Conversion of St. Paul”. Inside this church, you will also find the work by Raphael and Bernini located in the Chigi Chapel, well-known also thanks to the book “Angels and Demons” by Dan Brown. This was designed by Raphael and decorated by numerous artists, including Bernini, who realised the sculptures of the prophets, “Abacuc and the Angel” and “Daniel and the Lion”.

Continuing on the Caravaggio route, in the church of Sant’Agostino in Campo Marzio, you can admire the Madonna di Loreto or Madonna dei Pellegrini. According to the tradition, Caravaggio donated his work to this church as to thank for the asylum they had granted him after a scuffle in which the painter had wounded a man, guilty of having wooed his lover Lena. In the church of Sant’Agostino you can also admire works by Guercino (Sant’Agostino, San Giovanni Battista and Paolo l’Eremita), the fresco of the Prophet Isaiah by Raphael, the Madonna with Child by Andrea Sansovino and the Madonna del parto by Jacopo Sansovino.

Moving towards Corso Vittorio Emanuele II, right after Largo Argentina, there is the Church of Santa Maria in Vallicella, also known as the New Church, where a copy of the   Deposition from the Sepulcher of Caravaggio is kept . In addition to Caravaggio’s work, the church has a frescoed vault by Pietro da Cortona and an altarpiece on the high altar by the Flemish painter Rubens.

Another very evocative place is the Church of Sant’Ignazio da Loyola, near via del Corso, where you can admire one of the masterpieces of Father Andrea Pozzo, who created a “fake  dome” for this church thanks to a perfect perspective illusion. Don’t miss it out!

Rome has a wide range of museums, and some of them are free. Most of them are thematic museums, with routes focusing on particular historical periods, such as the Napoleonic Museum or the Liberation Museum, or they are artists’ collections transformed into museum itineraries.

In the list below, one of the gems that should be visited is the Hendrick Christian Andersen Museum.

This museum is located in the Flaminio district, in Via Mancini, inside the building where the artist lived. On his deathbed in 1940, he decided to leave his collection of sculptures and his house to the State, although it was open to the public only in 1978. The conservation of his collection was entrusted to the National Gallery.

The museum has two floors. The ground floor is a sort of showcase, where this artist exhibited his final works. These sculptures are made in plaster, marble and terracotta.

On the first floor there is the studio, where the artist used to work, and his dwelling, decorated with beautiful stuccos. This area today is full of refreshment points, and there is also a permanent photographic exhibition on Handersen’s works.

If you are passionate about theater, you cannot miss the Burcardo Museum , owned by SIAE (Italian Society of Authors and Publishers). The original core of the museum is the collection of Luigi Rasi, actor, history of theater scholar and director of the Acting School of Florence for many years. This collection consists of documents and all kinds of memorabilia related to the history of theater and entertainment, especially Italian, with some hints from the rest of the world.

Inside the Museum, there are also collections of costumes and masks of the Italian commedia dell’arte, with its most representative characters, such as Arlecchino.

On the first floor of the museum, in addition to a collection of photographs, is the Sala Petrolini where the two costumes of Nerone and Fortunello – worn by Ettore Petrolini – are exhibited, in addition to the cylinder, gloves and stick of the character of Gastone.

The second floor of the Museum has a section dedicated to the history of theater and another dedicated to terracotta models of characters from the commedia dell’arte, made by the sculptor Emilio Mancini.

Continuing the visit you can access the area dedicated to temporary exhibitions, where there is also a permanent collection of theater flyers and posters.

Address: Via Ciciliano, at the intersection with Via E. Galbani

Opening hours: by reservation only

[vc_row][vc_column][vc_column_text] What to Do in Rome at Night: Monti, Trastevere,… 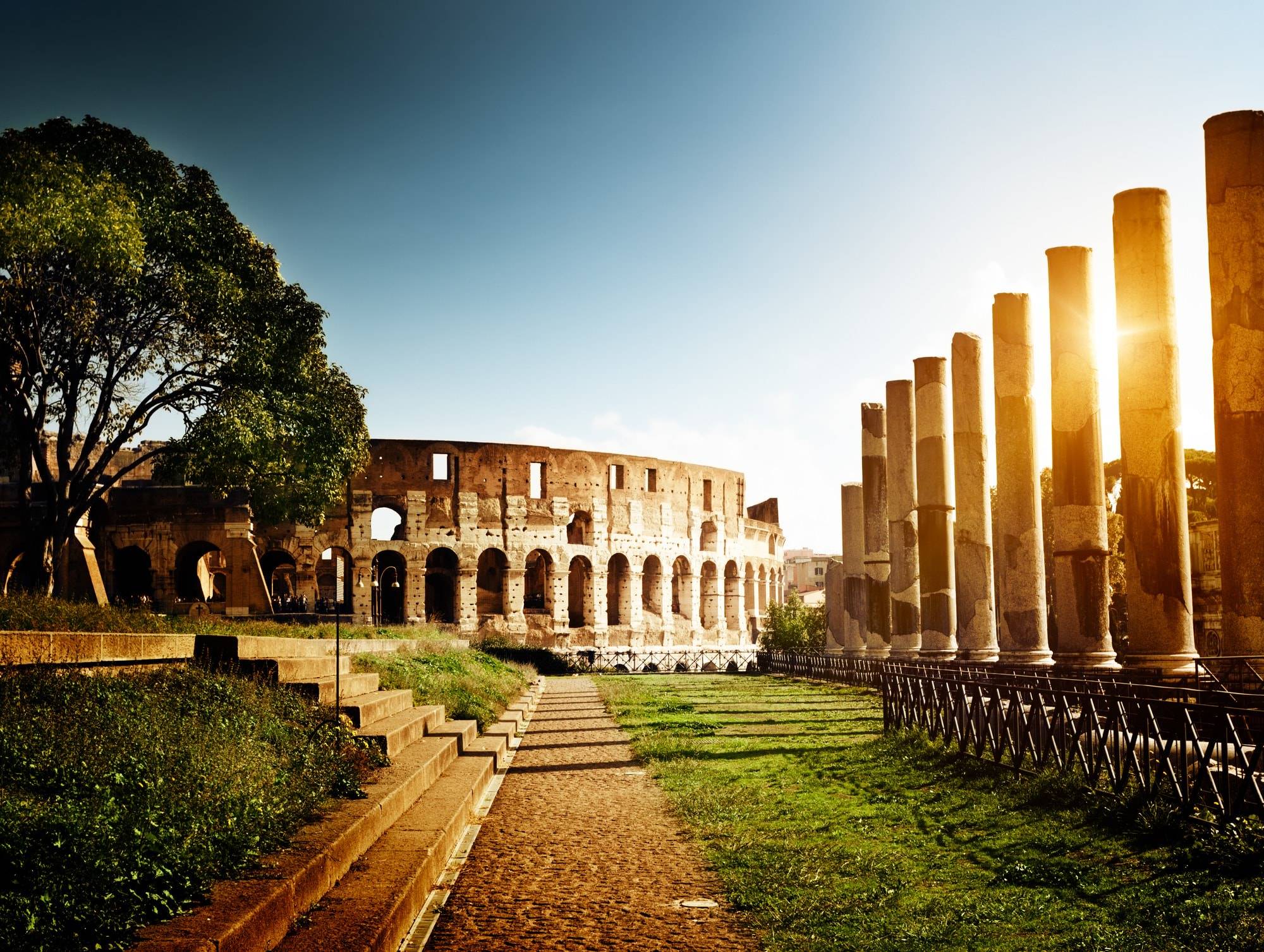 [vc_row][vc_column][vc_column_text]Don‘t get caught unprepared when visiting Rome: learn about the…

Tourist Info Points: Where to Find Them

Getting Around the City

[vc_row][vc_column][vc_column_text]Find out how to get around the city easily. Bus, metro,…