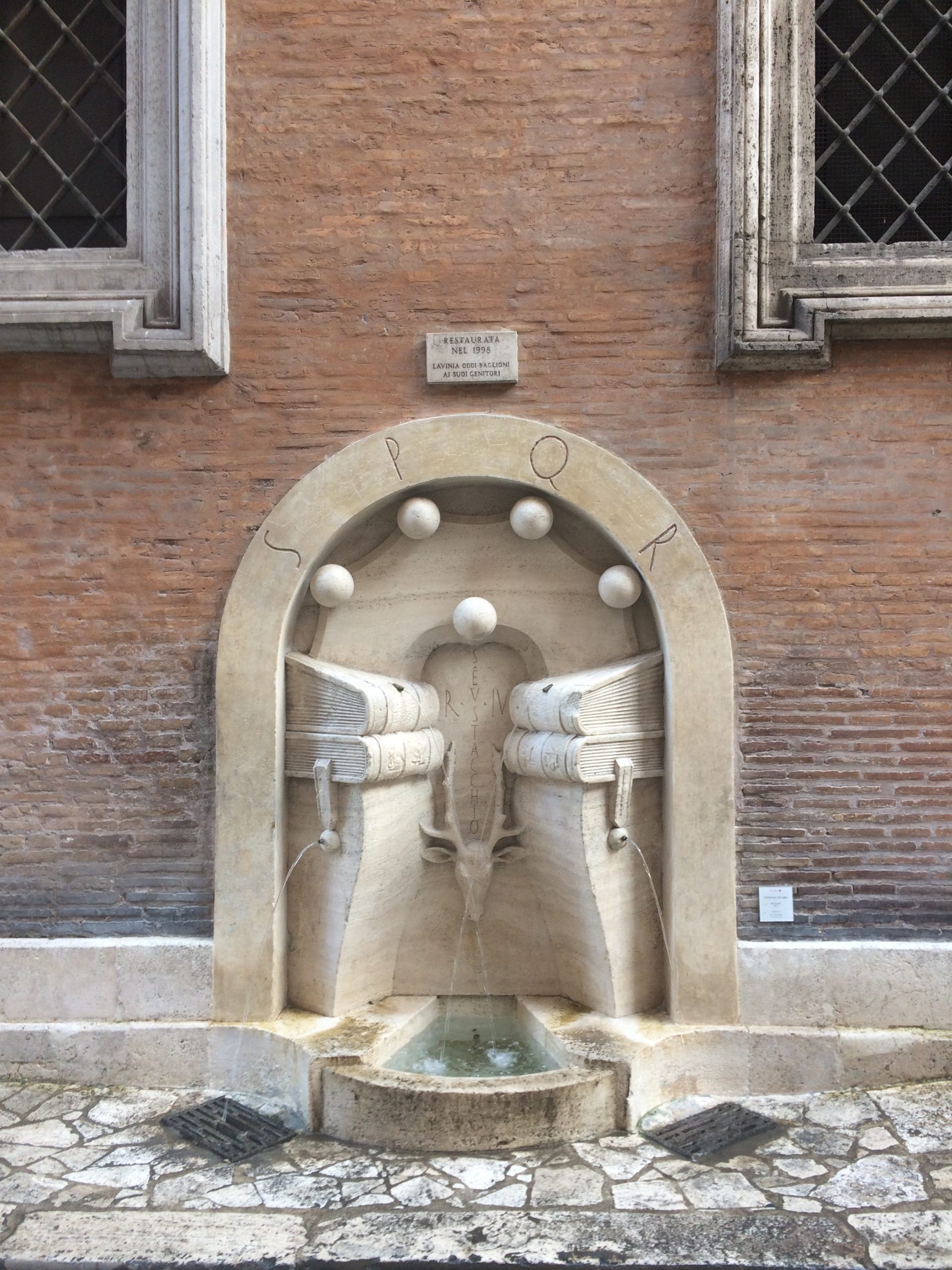 [vc_row][vc_column][vc_column_text]There is a hidden Rome, departed from the great monuments and sumptuous squares, that runs through the alleys of neighbourhoods, where the smell of bread and old shops are all around: there you can find the fountains by Pietro Lombardi, the architect who has adorned the districts of Rome since the mid-1920s.

Pietro Lombardi studied at the Academy of Fine Arts in Rome and initially collaborated with Armando Brasini (famous for the Flaminio Bridge, the entrance to the Zoological Garden in Villa Borghese and the Church of Sacro Cuore Immacolata di Maria in Piazza Euclide), Pio and Marcello Piacentini. He then decided to start his own activity, focussing on perspective and drawing real life.

In 1925  he won the National Competition for Fountains in Rome,issued by Filippo Cremonesi (Governor of Rome at that time), that offered the possibility of realising many fountains within the city’s neighbourhoods, each having to represent a typical symbol or emblem of the district: Lombardi’s works express the will to give importance to water architectures, that have always been extremely important in Rome, both as major expressions – just think of the Roman aqueducts or Renaissance water shows – and smaller ones, like the so-called ‘nasoni’ (literally ‘big noses’), fountains in cast iron wanted by the mayor Luigi Pianciani in 1872.

The fountain that made him win the first prize is the Fontana delle Anfore (Fountain of the Amphorae) in Piazza Testaccio: a travertine base with big steps, culminating in a pile of amphorae, chosen by Lombardi precisely because this area was once the commercial hub of the city and the amphora was a common container for transporting foodstuffs. Over the centuries the remains of these amphorae have been amassed in the area today called ‘Monte Testaccio’ (from testae, an ancient Latin name for amphorae) and Lombardi’s sculptural group aims at paying homage to this neighbourhood’s peculiarity.

Fontana delle Arti in Via Margutta

Between 1925 and 1927 followed nine other fountains, including the famous Fontana delle Arti (Fountain of Arts) in Via Margutta in the Campo Marzio neighbourhood, that was particularly dear to Lombardi because he had his atelier located here: this work is an homage to Painting and depicts two easels and a bucket containing brushes, some compasses symbolising Architecture, and two masks that triumph on both sides of the fountain representing Drama.

The Fontana della Botte ( Fountain of the Barrel), located in Trastere, is a sculpture representing a barrel and two typical one-liter wine containers, as to pay homage to the tavern tradition of this neighbourhood.

The Fontana dei Libri (Fountain of Books), located in via degli Staderari in the Sant’Eustachio district, recalls the street that was once called “via dell’Università”, due to the presence of the ancient University of Sapienza, and that features a deer head – symbol of this district – in the center, in memory of the conversion to Christianity of Eustachio, a Roman general who had a vision of a deer with a bright cross between its horns      .

The Fontana dei Monti (Fountain of the Mounts), located in the Monti district, depicts the three hills – Celio, Palatino and Esquilino – that surround the neighbourhood. In Borgo there are two other fountains: the Fontana delle Tiare (Fountain of the Tiaras), located on the right of the fornix along Via del Passetto, and composed of three shell-shaped basins and three pipes on which the three keys of St. Peter are carved, surmounted by three papal tiaras; and the Fontana delle Palle di Cannone (Fountain of the Cannon Balls) that pays homage to the nearby Castel Sant’Angelo, once Mausoleum of Emperor Hadrian and then fortress and defensive bulwark, with a series of balls forming a triangle and a mask from which water comes out.

Last but not least are the  Fontana del Timone (Fountain of the Rudder) , located in the Ripa district, and inspired by the ancient port of Rome, representing various elements used for navigation such as a tiller and a rudder, from the center of which water flows in a rounded edge basin, and the Fontana della Pigna (Fountain of Pigna), in the homonymous district, that recalls the Pignone, a sculpture formerly belonging to the Temple of Isis in Campo Marzio and then placed in Bramante’s courtyard in the Vatican City.

Although they were unfortunately destroyed, two other fountains were actually part of this project: the Fontana di San Lorenzo (Fountain of St. Lorenzo), depicting three mountains as to represent the Tiburtine mountains, that was lost in the bombing of the neighbourhood in 1943, and the Fontana di Piazza Scossacavalli (Fountain of Piazza Scossacavalli), which was demolished with the evisceration of the “spina” of Borgo in 1936 and that recalled the adjacent one by Carlo Maderno, that was later moved to Piazza Sant’Andrea della Valle, where it is still located.  [/vc_column_text][/vc_column][/vc_row] 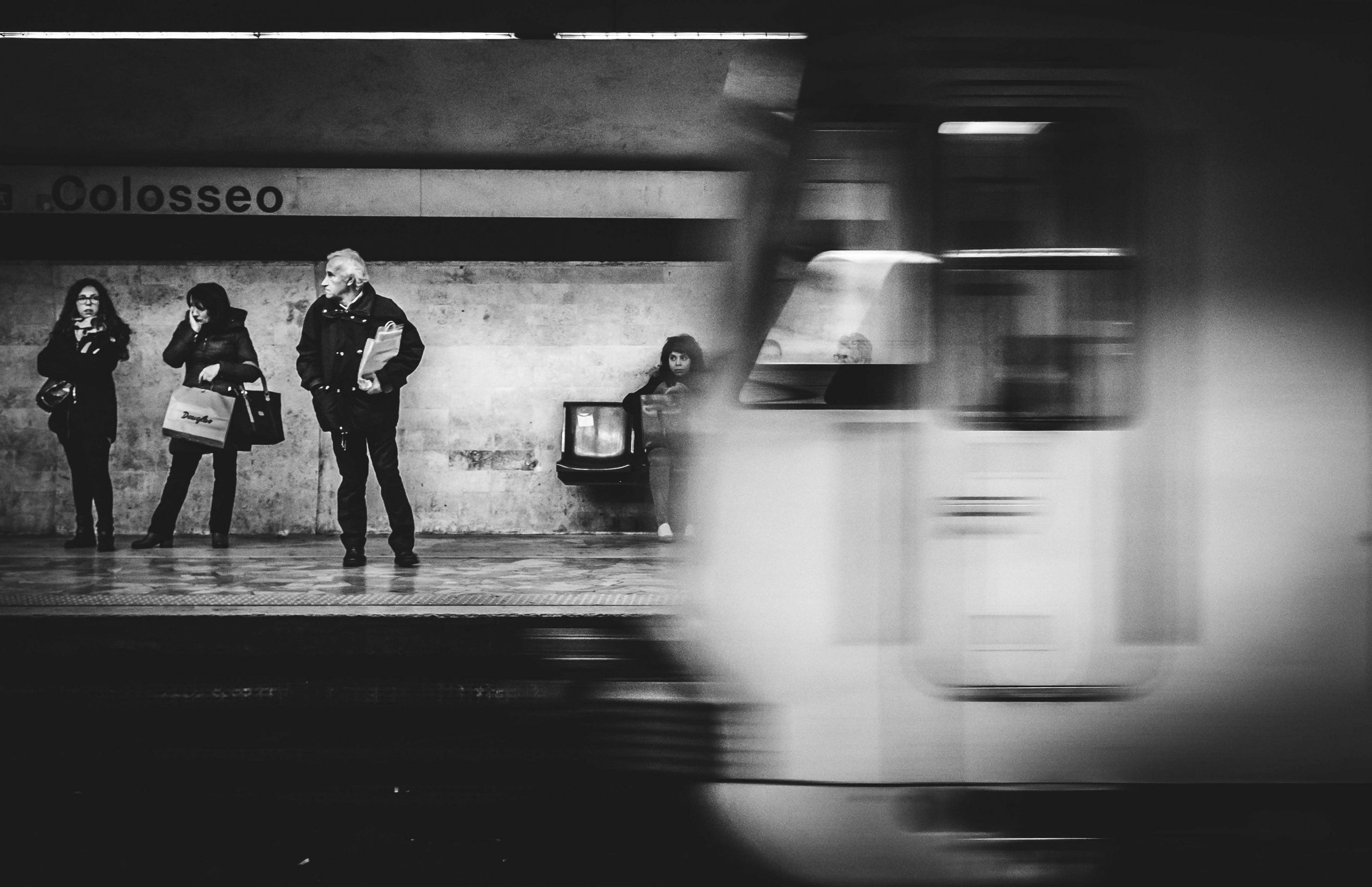 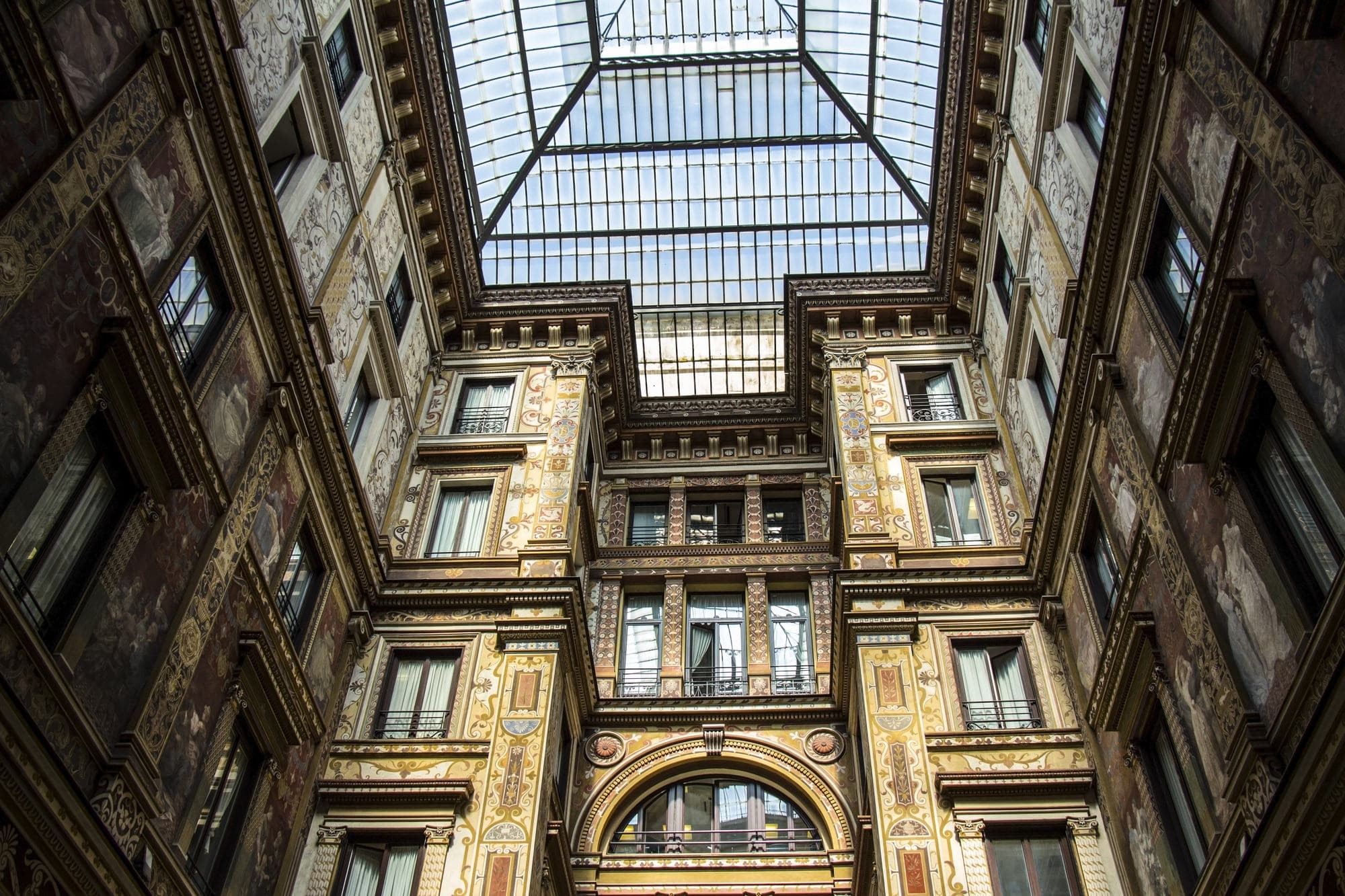 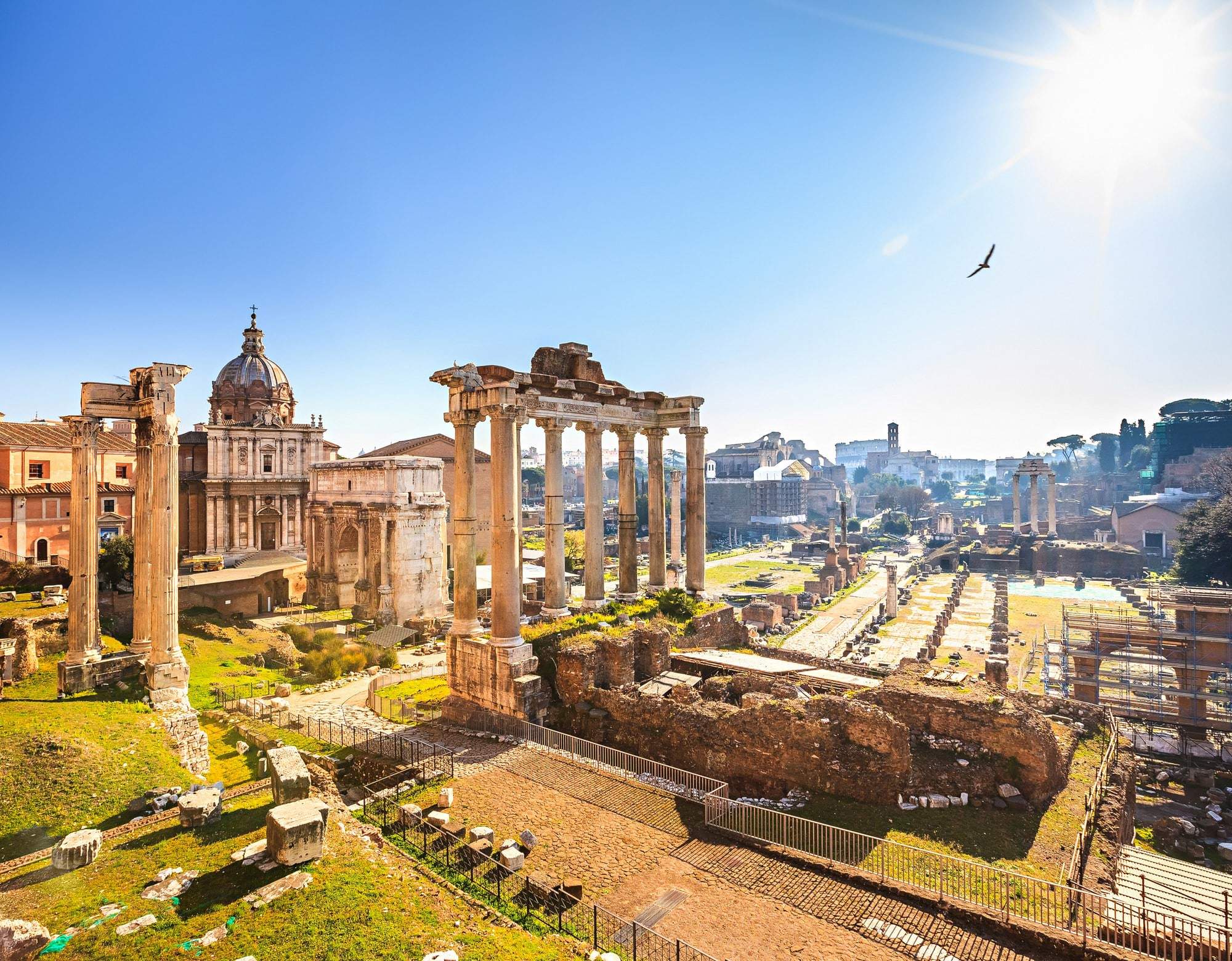